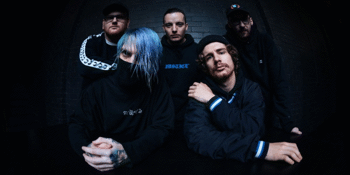 An iron will is only ever hardened within the forge" words that echo from the announcement of Alpha Wolf's sophomore album 'a quiet place to die', through to the the album debuting at #6 on the ARIA album charts, and on to today as the band announce their biggest headlining Australian tour to date. Alpha Wolf have risen up against the odds, and the rave reviews across the board from media and fans alike have solidified their place as the next rising star in the metalcore scene. With a solid run of sold out headlining tours in the past, the band are looking to step up their game again in 2021 and are proud to announce a full Australian tour that will see them hitting over 20 towns this coming Summer in December & January.

We acknowledge that the Wathaurong People of the Kulin Nation are the traditional custodians of the land on which The Barwon Club Hotel operates. We pay our respects to their elders past, present and emerging.