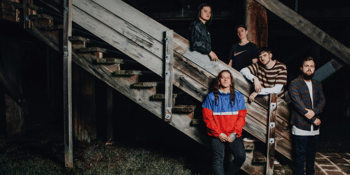 with Make Them Suffer, Justice For The Damned & Mirrors
The Bridgeway Hotel (Pooraka, SA)
Saturday, 26 February 2022 6:30 pm
30 days away
18 Plus
Australian Artists
Music
Metal / Hard Rock
Send this event to
Sydney metalcore titans Polaris are packing their bags and heading back on the road in October with some great friends in tow. The spring tour will see them hitting all national cities with very special guests Make Them Suffer, Justice For The Damned and Mirrors.
In 2021, The Death Of Me was an ARIA-nominated, #3 ARIA Album chart debut record which had glowing reviews from critics and fans and saw Polaris sell-out the biggest national headline tour of their career.