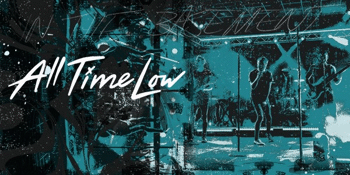 Basement Noise Concert Series
Streaming AUS / NZ ((Your Device,Your Home, From Anywhere), NSW)
Sat 19 - Mon 21 December 2020 7:00 PM
13 days away
18 Plus
Alternative
POP
Rock
Send this event to
Destroy All Lines are thrilled to have teamed up with All Time Low with their Basement Noise Concert Series. The five-night streaming event, which was filmed in Nashville, TN , will kick off on Saturday 10th October, and see the band perform their new album Wake Up, Sunshine in its entirety for the very first time. Setlists for the remaining four shows in the series will be curated by each band member.

The streaming event which was filmed in Nashville TN will feature a set curated by Jack.