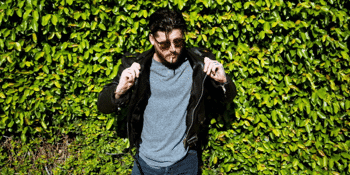 Californian indie punk rockers Wavves will return to Australia in March to celebrate the 10th anniversary of their landmark, third album, King Of The Beach.

The band, led by enigmatic Nathan Williams will play the album IN FULL and include some fan favourites to make their show one giant sing along party!

Released in August 2010, King Of The Beach ‘owes as much to Orange County skate-punk as it does to the Beach Boys' (Pitchfork) With its saccharine melodies and infectious riffs for days, King Of The Beach is a bonafide pop punk classic and sounds just as contagious today as it ever was.

The albums 12 tracks clock in at just 37 minutes, with most of the songs coming in at under 3 minutes. It's all killer, no filler, songs like Super Soaker, Idiot and lead single, Post Acid, get straight to the point, do their damage and leave their trail of teenage destruction for you to pick up. Which you will do with a West Coast sized smile, begging for more.

Known for their high-energy live shows, make sure you’re down the front for one of the best nights of fun you’ll have all year!